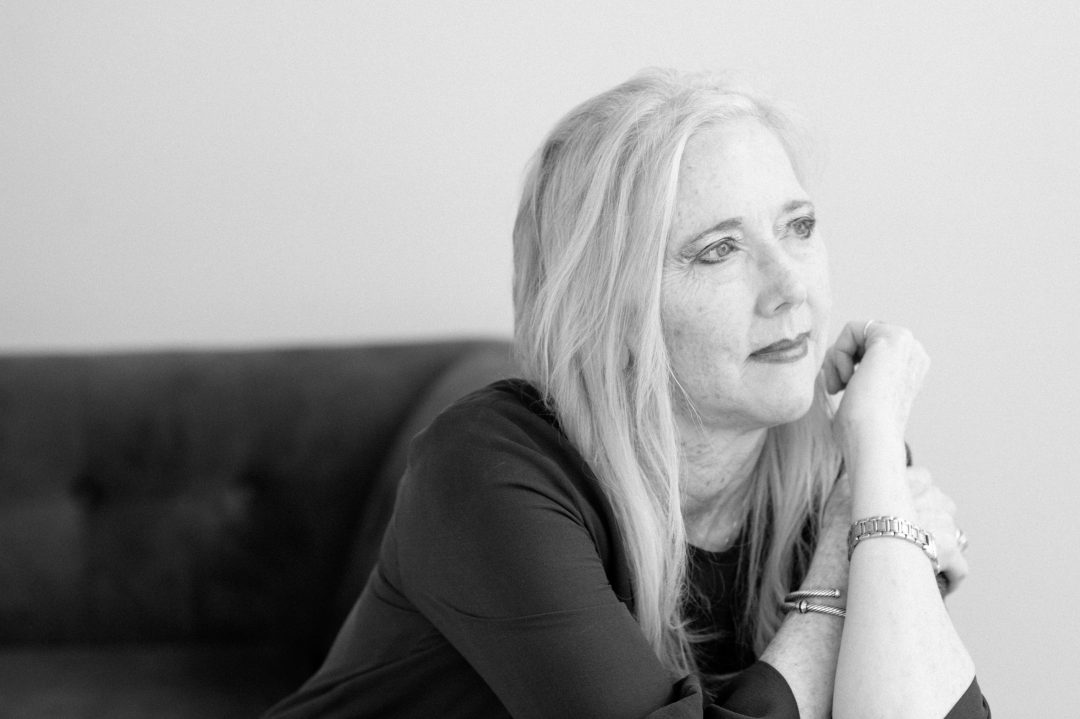 Lisa Russ Spaar is the author of over ten books, including Madrigalia: New & Selected Poems and Orexia: Poems. Her debut novel, Paradise Close, will appear in April 2022. Her awards include a Guggenheim Fellowship. She is Professor of Creative Writing at the University of Virginia.

Get to know Lisa in this Q&A and then join us on Wednesday, March 16 at 7 PM ET for Rooted in the Personal: Poetry by Forrest Gander and Lisa Russ Spaar to hear her discuss her work further as part of the 2022 Virginia Festival of the Book…

Spaar: I don’t think I ever set out at any point to become an author. I began to write poems seriously as an undergraduate and found that writing poems helped me to live. For a while I thought I would become a lawyer, and got into law school, but was invited to join the newly formed MFA program here at UVA before I had the chance to take that path. I am fortunate to have connected fairly early in my career with Persea Books, which has been a boon (I’m also abidingly grateful to the other presses—Columbia University Press and the University of Virginia Press—who have supported my work over the years). The editors at these presses have believed in me and my work, and have granted me what might look like the identity of “author.” Teaching is, for me, inseparable from my writing; what I learn from reading alongside students is endlessly inspiring. If I had to check a box, I’d check “teacher” before “author.” As Charles Wright says, “I’m not a poet; I’m a person who writes poems.”

I’m a “reading” poet and am inspired and influenced by writers of all sorts, in areas ranging from philosophy and phenomenology to cookbooks and field guides. I’m influenced by my students and their intrepid, marvelous work, by my children and grandchildren, and by the rhythms of the seasons and the beauty and imperilment of the natural world. Right now, I’m reading (repeatedly) Goodnight, Moon and The Very Hungry Caterpillar, current go-to faves of my two one-year-old granddaughters.

Madrigalia is a new and selected volume, so putting it together was a unique experience for me. It required that I go back through five previously published collections and curate selections from them to include. I also included a hefty group of new poems, sonnet-haunted “madrigals,” arranged in alphabetical order. While putting this book together, I was also finishing up a prose piece, Paradise Close, a debut novel that will appear this coming spring. Although I read a lot of prose, writing fiction was also a learning experience, to say the least.

Writers have their rituals. Was it Schiller who needed to have a rotting apple in his desk drawer? Hemingway often wrote standing up. I work best if I’m by a window with a dictionary and thesaurus near at hand. When my three children were little—aged three and under—I’d drive around town with them all strapped into their car seats, and then, once they’d all fallen asleep, scribble in a notebook while parked in a local shopping center lot…

I think that one thing that poetry and fiction can inimitably do is make human beings real to one another. Paul Valéry says that it’s not the poet’s job to HAVE an ecstatic or other experience, but rather to create that experience, in language, for a reader. I try to do that.

I always have three or four books going at once. Right now I’m toggling among a rereading of Judith Farr’s The Gardens of Emily Dickinson, Maggie O’Farrell’s This Must Be the Place, The Mirror and the Palette: Five Hundred Years of Women’s Self Portraits by Jennifer Higgie, and John Berger’s The Shape of a Pocket. I’m also reading amazingly inspiring capstone project drafts by the gifted undergraduates in the Area Program in Poetry Writing, a program which I founded and direct here at UVA.

I’m always writing poems. I also pen a regular column about second books of poems for the Los Angeles Review of Books. I’ve also got about 60 pages of a new fictional prose something-or-other in the works. 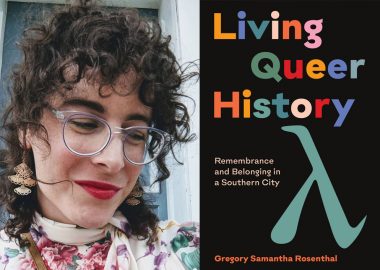 Samantha Rosenthal discusses Living Queer History: Remembrance and Belonging in a Southern City and the LGBTQ community in Roanoke, Virginia, that the book documents and celebrates. Interweaving historical analysis, theory, …