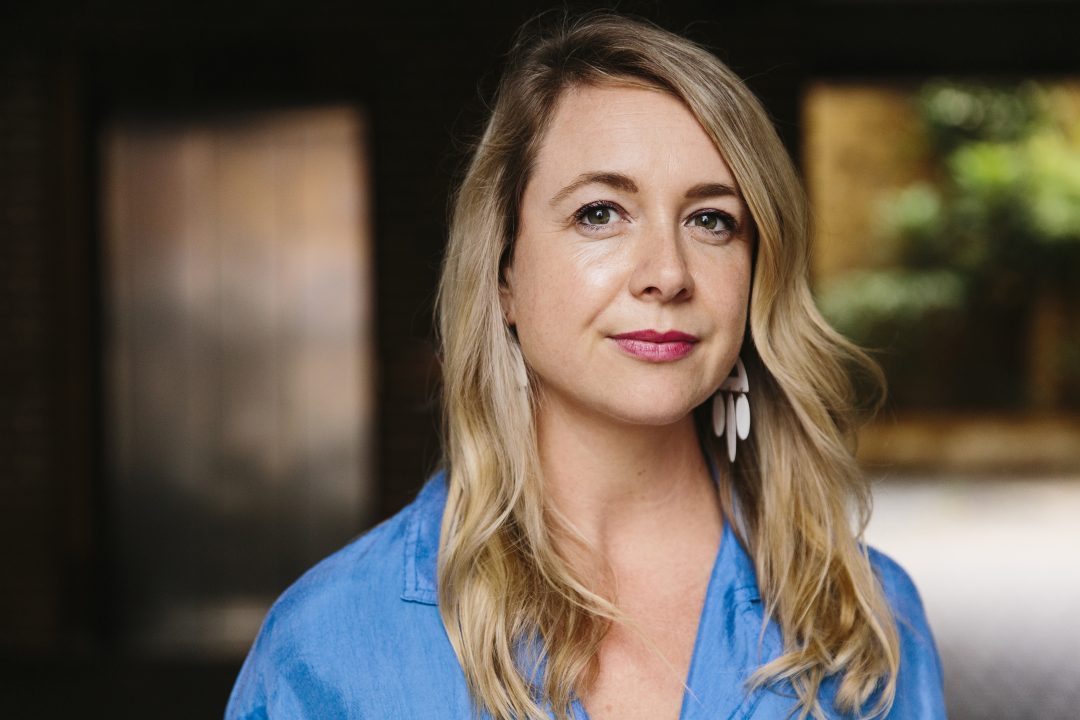 Rebecca Giggs, author of Fathoms, is from Perth, Australia. Her nonfiction has appeared in The Atlantic, Granta, and Best Australian Essays, among other publications. Her writing focuses on our connection to animals in a time of technological change and ecological crisis. Fathoms is her first book. Learn more at RebeccaGiggs.com.

Get to know Rebecca in this Q&A and then join us for a FREE virtual event on Thursday, July 15 at 7 PM ET to hear her discuss her work in SHELF LIFE—The World in the Whale with Rebecca Giggs and Nick Pyenson.

Giggs: The roots of that decision run so deep into my psyche, it’s hard to answer the question with any objectivity. Temperamentally I know myself to have the sort of stubbornness necessary to sit with a book-length project month after month, year after year. The part of the brain that gets lit up in solving the small problem of a sentence or paragraph is, I think, particularly inflamed in me. That, and, by some fortuitous quirk of disposition I find people like to tell me stories. Secrets, occasionally. I don’t think it’s that I look like someone who keeps confidences or gives good advice, though maybe I do have talents in listening and asking acute questions. Anyhow, I suspect all writers have this quality in some measure—it’s probably a personality trait, not a skill. I didn’t know any authors or people in creative professions when I was young, but there weren’t any massive political or social impediments where I grew up to pursuing that goal either, even if it was regarded as not very sensible. There must be—there are—countless writers born into historical circumstances that made the full realization of their creative ambitions impossible. If I ever think that it was inevitable that I should have become a writer, I am pulled up short remembering those empty chairs International PEN used to put out at writers’ festivals standing in for absent writers, censored, exiled, and silenced.

There were times writing Fathoms when I felt like I was in a hole with the book, and I couldn’t see the way to get out—but then I would discover something in the work of another author that would suggest a way forwards, and I would feel an immense sense of gratitude and love for their work, and what it had to teach me. Dig down into the DNA of this book and you might be able to identify fragmentary traits of style and structure from the work of writers like Maria Tumarkin, John Berger and Annie Dillard; these were authors I was reading concurrently. Every book is a medley of influences—partial, poorly recollected, imperfectly executed. It can be the most ecstatic, personal event, when you discover a device in someone else’s writing that answers a problem you’re struggling with. Likewise, sometimes you’ll read a book and something inside you repels from it, and then you have interesting information too—you’ve found a pitfall to try to avoid, or it reflects a foible in your own work you didn’t know to be uncomfortable about, until now. I am thankful for the discomfort reading offers too. Honestly, what inspires me is the possibility of the-new-discovery: the new voice, or the startlingly fresh take on a tired subject, the formal innovation that cracks open a genre, or the long-forgotten genre convention brought to bear on an emergent aspect of the culture. I read knowing these things are always coming, that they’re just over the horizon.

What was your favorite part about writing this book?

I spent several pleasant afternoons looking into the history of “globsters:” the strange bundles of organic matter that occasionally wash up on beaches, which people sometimes willfully mistake for evidence of sea-monsters (when in fact they’re usually hunks of decayed whale). And I ended up in some very sticky corners of the internet learning about cryptozoology, the pseudoscience of mythical animals like Nessie and Bigfoot. Then I took two research trips, too: one to Eden, on the south coast of New South Wales, to look into ecotourism, and the other to Japan. I went to Japan not only to reflect on why whales are still eaten in some parts of the world, but also to look back at my own cultural context from afar, and to consider to what degree my feelings about whales were the product of my upbringing and the setting in which I formed my ideas. I’d say though my favorite part was the day that the first copy arrived on my doorstep. I ran to the top of a hill near to where I was staying and, well, sobbed with joy.

I’m going to torque your question slightly, and name some of the music I listen to while I’m writing. I don’t always have music on while I’m drafting, but sometimes it’s a major influence. Most recently: Rival Consoles, Kelly Lee Owens, Andy Stott, Steve Reich, Four Tet, that one Sexwitch album; though generally I prefer music without lyrics while I’m working. Hauschka, if I’m in a particularly meditative place, Portico Quartet or Grey Wing Trio.

Have you ever wondered what it’s like to be watched by one of Earth’s largest animals; to see its eye very slowly—tick, tick, tick—track you? Are you interested in the history of whale ‘bathers’ in New South Wales: people who once climbed inside dead whales because they thought it might cure their ailments? Or why the sounds of some whales have dropped the equivalent of three white keys on a piano in recent decades, and how German museum workers have “plastinated” a gigantic whale-heart? Have you heard of whales so rare they have never been named or seen alive, or a beluga whale that learnt to mimic human speech? This book is for people who care to be amazed by the natural world. But Fathoms is about more than history and science—it’s also a book that looks at our capacity for change, and the experiences that call us to protect nature. By the turn of the final page I hope the reader is able to feel for far more than whales. I’d like to think their imagination has been stretched to express intrigue and compassion for the weirdest, creepiest deep-sea creatures that feed off whale carcasses as well—what the poet Gary Snyder recognized as all the life that is “nocturnal, anaerobic, cannibalistic, microscopic, digestive, and fermentative.” I’d like to believe that people will finish the book with a better understanding of how the whale’s world is evolving, and the role human life on land plays in agitating that process.

The lives of many of today’s whales provide a capture of environmental concerns that are global or trans-hemispheric: ocean plastic, climate crisis, marine acidification, industrial noise, ecological disruption. These problems can seem abstract and too immense to wrap our heads around, but looking at whales helps us to empathize with what it means to live through these changes. Fathoms explores our obligations to another animal, beyond attempts to merely preserve their species: what kind of sensory realities do we want to protect animals from, what sort of lives in the wild do we want to insure, into the future? The sea is not eternal and unchanging, as we once might have imagined. But neither are we condemned to be changeless. The main message I hope people walk away with is that, though human impacts on the environment may be global in scale, our powers to effect positive change are, too.

I’ve been reading all of Deborah Levy—Real Estate is great, particularly for other writers. The Patricia Lockwood (No One is Talking About This) floored me. And I just reviewed Suzanne Simard’s Finding the Mother Tree for The Atlantic: it’s a science memoir, lushly written.

I’m beginning a new book, but at the moment it’s just a wall of post-its and a loose gathering of ideas. Meanwhile I have two short freelance pieces I need to nail down before the third quarter of 2021 ends. Busy days, but then this year was slow to get started—and we’re still experiencing rolling lockdowns in Australia because of COVID outbreaks. So that’s a factor shaping the projects I’m pursuing too.

Need some summer reading suggestions? Route 1 Reads is a road trip-inspired reading list from state Centers for the Book along Route 1, which runs from Ft. Kent, Maine, to Key West, Florida.