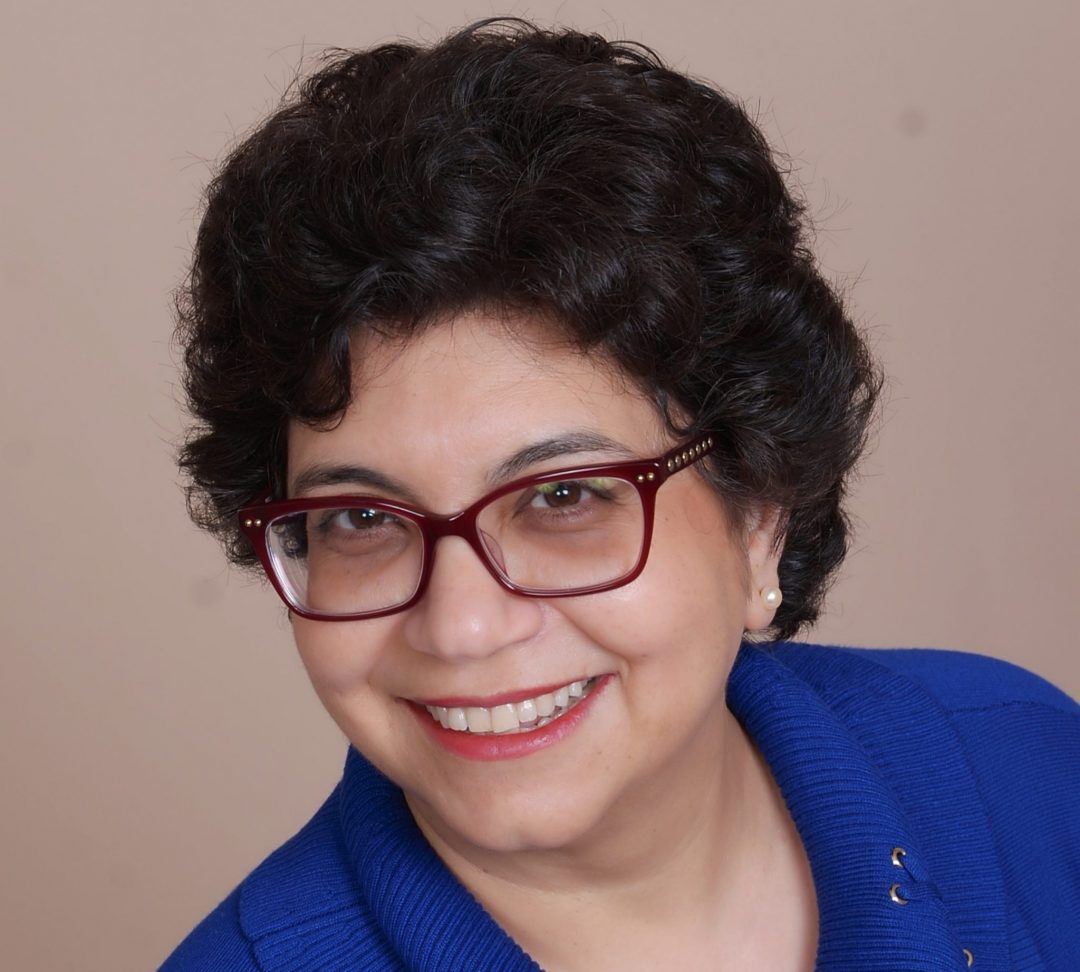 Nev March, author of Murder in Old Bombay, is the winner of the Minotaur Books/Mystery Writers of America First Crime Novel Award. Leaving a career in business analysis in 2015 she turned to her passion, writing fiction. A Parsee Zoroastrian, Nev lives with her husband and two sons in New Jersey. Learn more at NevMarch.com.

Get to know Nev in this Q&A and then join us on Thursday, December 3 at 12 PM ET to hear her discuss her work in SHELF LIFE: Intercontinental Affairs with Jasmine Aimaq and Nev March.

March: It’s been a life-long dream! I wrote five novels before submitting the fifth to Mystery Writers of America’s contest. Writing is such a key part of me, that I can’t identify a time when I did NOT want to be one.

All of it! The most addictive part was writing the first draft. I’ve heard it called “the writer’s trance”—that phase of drafting the novel by describing the scenes that play out in one’s mind. It hijacked my mind completely, so that there was no time in the day when I wasn’t writing or thinking about it. I even dreamed about it constantly. It was enthralling and terrifying!

To take a break I play piano—lovely classical pieces. Poetry also fuels my writing engine—it’s so compact, The fluid images constantly generate new ideas, scenes and questions in my mind. I read both fiction and non-fiction while I’m in the middle of a novel—multiple genres and writers, as well as historical books to deepen my research. Reading books written in the time period I’m writing about fills me with more possibilities.

I want to entertain them! I hope they’re carried into a different world where they join Captain Jim’s in scouring diverse places and people for clues—a world where mountain villages and society drawing rooms are equally treacherous, yet offer unexpected gifts to those who keep trying and will not give up. I want them to see the ugliness of unfairness and the beauty of unexpected kindness.

In ambitious moments, I dream that readers will find profound meaning in my book, even if each perceives a different facet of it. Within my (tiny) Zoroastrian community, I hope folks hear the plea at the heart of the story to update our social norms. It’s something that’s eaten away at me for years—how can good, kind people hurt others so terribly? In this book I’ve offered a sympathetic portrait of Burjor, a generous, earnest man, who does just that. By empathizing with someone who’s being discriminated against, some might possibly re-examine their beliefs.

I read Charlotte Brontë’s Jane Eyre before I was fifteen years old. It made an immense impression on me—her hard won self-respect, her independence, her quandary and decision to choose self-worth over her lover. As a Gothic romance it was delightful, but it is far more than the story of her relationship with Rochester.

The Man on the Washing Machine by Sue Cox (the sequel is The Man in the Microwave Oven!). Droll humor, wrapped in a fast-paced murder mystery. Joanna Schaffhausen’s All The Best Lies is book three of her Ellery Hathaway series. Profound introspection is sprinkled with a light touch. An ominous cold trail keeps getting deadlier as the pages turn, and a sensuous attraction develops between the two lead characters.

I’ve just completed the draft of my sequel. This story will trace a pair of immigrants in their journey from delight through disenchantment in the new world. It’s set in1893 Chicago, where twenty-seven million Americans will visit the World’s Fair to see the Columbian Exposition. Chicago hosts the first Parliament of World Religions that summer, while at the same time, the World Convention of Anarchists has assembled. A quarter million hungry, unemployed men search the streets for work. What could possibly go wrong? When a pair of young immigrants discovers a possible plot to blow up the World’s Fair, the stakes rise—everything they care about is at risk, even each other.