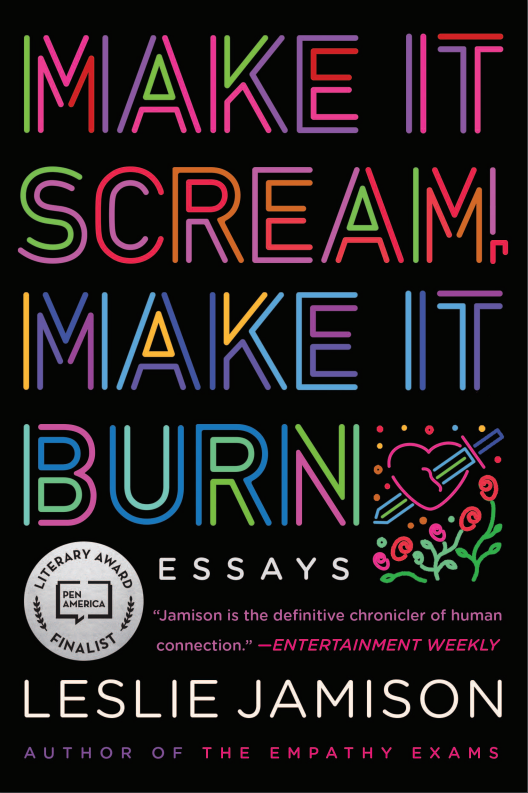 In celebration of the paperback launch of Make it Scream, Make it Burn, Leslie Jamison hosted an event built around one of her collected essays, “Museum of Broken Hearts.” The event was a conversation focused on the ways we are haunted and inspired by relationships from our past—how broken loves live inside of us through the memories and objects we carry with us. Leslie was joined by Olinka Vištica, cofounder of the Museum of Broken Relationships in Zagreb, Croatia, and by writers (and friends) Cecilia Laslo, Kyle McCarthy, and Kiki Petrosino, who shared the stories they contributed to Jamison’s original essay—tales of artifacts that hold the memory of former love. As the essay puts it, “Every object insists that something was, rather than trying to make it disappear.” The conversation was moderated by Allison Wright, publisher and executive editor of VQR, which published the original essay in the Spring 2018 issue. Watch the recording of the event here:

New Dominion Bookshop was a co-host and bookseller for this event. CLICK HERE to purchase the featured book and support Virginia’s oldest independent bookseller.

“Jamison has emerged as a giant in the world of creative nonfiction. She returns with a beautifully compiled collection of essays reflecting on obsession and longing.” —Entertainment Weekly

“These perceptive essays demonstrate that the best-selling author of The Empathy Exams continues to explore the limits of human connections.” —Elle

“Insightful…The essays in the collection (which can easily be torn through, though should really be savored) contain observations on an eclectic array of subjects…Like the glass in a kaleidoscope, Jamison’s fine-tuned attention seems capable of refracting whatever subject it touches. When I finally looked up from the page it was with a renewed sense of wonder.” —Cornelia Channing, The Paris Review